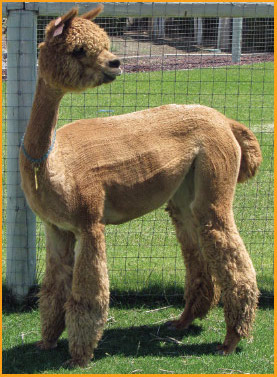 Sire: PATAGONIA'S LENNOX
| 32825442 | Light Brown |
PATAGONIA'S LENNOX:
Patagonia’s Lennox is one of the Greats!..As assessed by senior judge, Amanda VandenBosch, Lennox born in 2002 was an “A” quality herdsire in 2014. He has lingering fineness, bright, dense fleece, with a long staple length, typey head and compact body. His shiny brown fleece shimmers in the sunlight even to this day. Lennox made a mark for not only himself, but for Alpacas de le Patagonia, siring a multitude of quality offspring including champions and many progeny that are currently top breeding herdsires and foundation producing dams. His show wins are numerous with Color Championships, Get of Sire, and Blues, and in addition, his offspring have received multitudes of banners and ribbons. Lennox has produced black, brown, fawn, white and grey offspring. Patagonia’s Lennox had a skin biopsy of Density: 83.25 SQ MM (Rates in the top 0.5 % of all alpacas tested by Dr. Evans) S/P Ratio: 10.8 to 1 and this Histogram in 2004 year was: Histogram: 20.2afd/4.1sd/20.0cv/1.6%>30 (taken at 2 years of age)

REMARKABLE SHOW RECORD:
Lennox's outstanding achievements are too numerous to list.
Included in his impressive accomplishments, are 9x Color Champion/Reserve Champion awards.
In addition, Lennox has received an amazing 14 Get of Sire Ribbons (and counting)! His influence will long be felt in our herd!

Lennox's Incredible Progeny are too plentiful to display, but here are a few of our favorites: 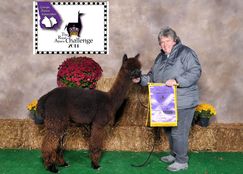 This bay black two time champion has a pedigree that reads like the who's who in alpacas. As the son of two champions: CCNF Man in Black (5 times banner winner) and our HRF Peruvian Solstice (2 times banner winner) he has impressed the judges with his solid conformation and fine fiber. In his first appearance as a yearling, he took the Black Color Championship, "the clear winner" according to judge Arturo Pena at the Royal Alpaca Challenge in Georgia. Check out his early histogram - a 15.8 mi ...
More Details
$5000.00

with cria or breeding

Ask a question
Details
Idola’s dam is the 2006 first place winner at AOA National halter, first place and Reserve Champion fleece show at 2006 National. She is also the 3X Color Champion at halter plus first in halter at the 2005 Futurity. Patagonia’s Lennox, the sire of Idola, is a multiple Get of Sire winner and has multiple championships. He has sired too many color champions to name, and at the age of 13, still has retained fineness and density. (Density: 83.25 SQ MM and Rates in the top 0.5% of all alpacas tested by Dr. Evans). Idola is an exceptional female representing color genetics at its finest. Look at the color of that Golden Fleece. Her 2020 cria by our champion black Juno is a soft, dense brown female.

In this economy, flexible financing is critical to getting started. For most sales financing includes 20% down payment and quarterly payments at Prime plus 1% equal payments for the balance until paid off. Of course if you are purchasing multiple animals you will receive a discount based upon size of purchase and payment options can also be flexible. Talk to us about your proposal and we will do our best to meet both your and our needs. 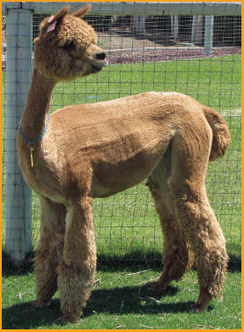 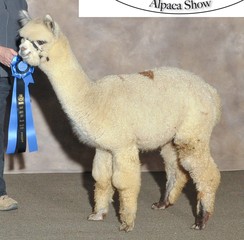 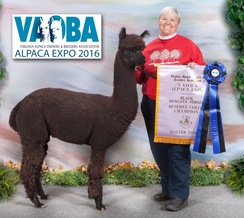